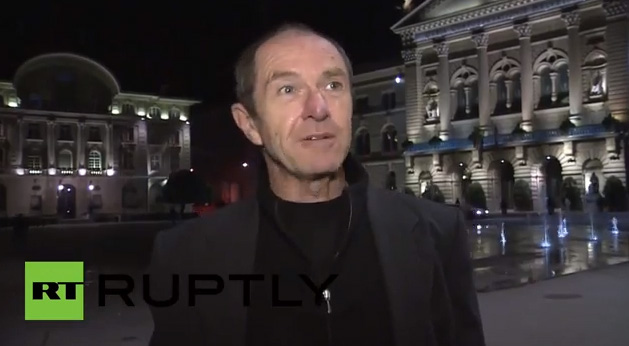 On Friday, his organisation will present 130,000 signatures to Parliament urging them to pass a law guaranteeing a basic income of CHF 2,500 for all Swiss nationals. Due to its direct democracy model the Swiss Parliament must address or hold a referendum over any issue which has gathered more than 100,000 signatures.

According to Schmidt the Swiss government is angry “because now they have to look into this initiative”. He went on to clarify that the goal of the initiative is “not to make people equal” but instead “to give people the right of life in an economical way”.