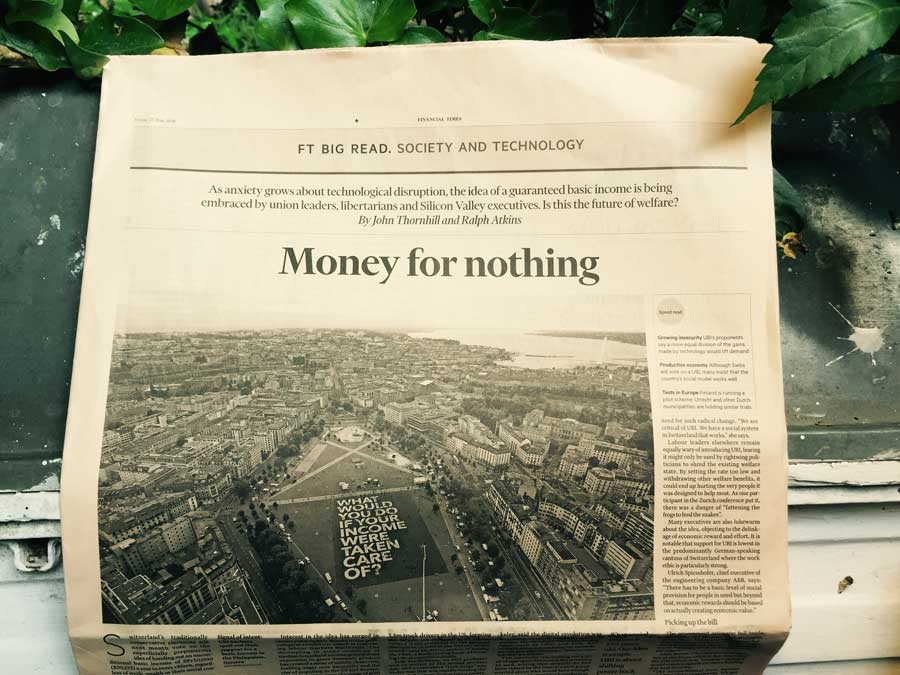 Switzerland’s traditionally conservative electorate will next month vote on the superficially preposterous idea of handing out an unconditional basic income of SFr30,000 ($30,275) a year to every citizen, regardless of work, wealth or their social contribution.

Opinion polls suggest the June 5 referendum will be heavily defeated. And even if some kind of electoral convulsion results in the proposal being unexpectedly approved by voters, it is certain to be shot down by the 26 cantons that would have to implement it.

Daniel Häni, a chirpy Basel entrepreneur who is one of the Swiss initiative’s main supporters, said modern welfare states provide basic social support but are failing to adapt to the needs and values of our times. The trouble is that they are too costly and cumbersome, assume that a citizen’s worth is determined solely by their value as an employee and rely on means testing by an overly intrusive state.

“Our social system is 150 years old and is based on Bismarck’s response to Industrialisation 1.0,” he said. “Our idea is simple. We want to render the conditional unconditional. UBI is about shifting power back to the citizen.” 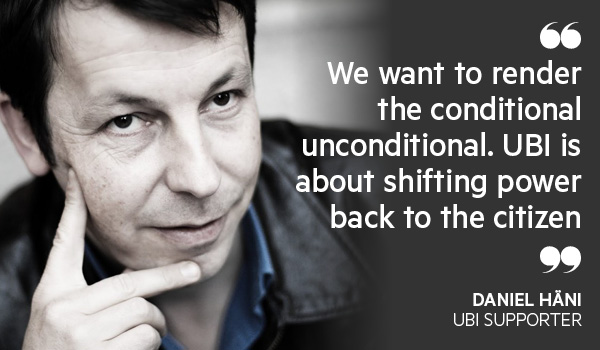 Robert Reich, a former Labour secretary in the Clinton administration who teaches at University of California, Berkeley, said the digital revolution was increasing economic insecurity and inequality. The development of car-hailing apps, such as Uber and Lyft, had brought great convenience for consumers but was also creating a “spot auction market” for labour.

This insecurity was also fuelling a crisis of aggregate demand in the economy, he said, adding that recently he had been visited by the boss of a giant tech company worried about who would have enough money to buy his company’s products in 10-15 years. 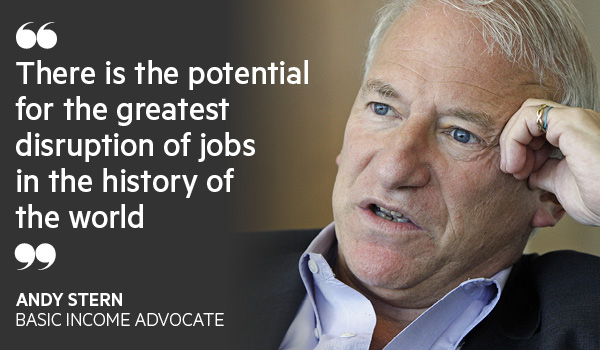 Matthew Taylor is chief executive of the RSA, a British institution that looks for practical solutions to social challenges, that recently published a study on the viability of UBI. He said societies will need to become a lot more innovative in the face of the latest technological revolution. In particular, far more flexible ways will have to be found to support part-time workers or those who wish to retrain or look after their children or elderly parents.

“What excites me about UBI is that it could act as a catalyst for a broader shift in public attitudes,” he said. “I think that UBI can potentially help overcome the attitudes that we have between strivers and skivers. It can help the state enable people to have autonomous lives.”

While acknowledging the near-certainty of defeat in the coming referendum, the Swiss backers of UBI believe that their campaign signals the beginning of a global debate on basic income, rather than its end. It may be premature to introduce UBI today but its appeal will grow as societies learn to prize creativity over productivity.

Mr Häni said that, irrespective of the result, he is delighted that every Swiss newspaper has been furiously discussing the principles of a basic income. He said the Swiss debate is like a movie trailer for the main event and “trailers always end with the phrase: coming soon . . . ”.